A little of everything this week, from third-person action to sailing sims. And instead of the usual generic wave shooters, fans of VR gun-play – and bow-play, for that matter – have an embarrassment of riches to choose from, with several new games arriving that actually manage to innovate with new approaches to storytelling, locomotion and the shooting itself:

One of the things we love about VR is how it can let us experience things we might not otherwise have access to. For VR players without memberships at their local yacht clubs, there’s VR Regatta, a realistic sailing simulator that’s been garnering positive Steam reviews from both gamers and actual sailors.

The fact that this one isn’t recommended for players susceptible to motion sickness probably goes without saying.

The opposite side of the wave shooter coin, Cold Iron is a dueling game: instead of endless waves of enemies, players outdraw and gun down opponents one at a time.

While the drawing and shooting mechanics are garnering positive reviews, we’re also intrigued by the narrative thread and its “Weird West” setting – basically cowboy stuff with supernatural elements – which we’re betting has a good chance at overtaking steampunk as the fantasy setting du jour.

And speaking of steampunk, Seek & Destroy – Steampunk Arcade gives you all the brass robots, gear-driven mechanisms and Tesla-inspired lightning gloves you could possibly hope for, if you’re a fan of science fiction Victoriana. At heart it’s a wave shooter, but with level names like “Panic in the Streets of London” and “Kick in the Crown Jewels,” we like that it doesn’t take itself too seriously.

from House of Secrets

Both the combat and the 3D puzzle-solving in KIN look engaging, and we particularly like the contrast between the light, airy quality of the main character – and the enemies she encounters – and the clunky but colorful low-poly environments to explore.

Simple cartoonish graphics belie the depth of this fast-paced dungeon crawler for Gear VR. Played from a third-person overhead perspective, Down to Dungeon offers plenty of procedurally generated levels and hordes of enemies to dispatch – not to mention loads of loot – for discerning action RPG fans.

This Early Access archery game interests us both with its innovative approach to VR locomotion in VR – involving teleportation arrows fired from the same bow used to dispatch enemies – and its gothic architecture.

In the Cloud: VR Afterlife

Somewhere between in interactive vignette and a short film, In the Cloud: VR Afterlife is an excursion into cyberpunk/transhumanist paranoia that will appeal to those of us who used to read Mondo 2000.

Almost literally a sandbox, Baby Hands lets you fill the shoes – and tiny, destructive hands – of a toddler. Family-friendly but legitimately funny, given all the options for mayhem available even now in Early Access.

Check back next week for more Oculus releases.

With every week that goes by in VR time, we see the positive return from the many conversations, panels, talks, experiments, game jams and cash infusions that have piled up over the past five years. As VR game devs mature and audiences teach them what is working and what is not, the resultant fare is beginning to find its bearings and even show traces of a soul.

At OGR, we try to look at titles that depart from the overabundant roller coaster sim or rail shooter, and it is getting easier every week to find innovative story and world-rich new works. This week’s offerings have been particularly compelling, and here are five we especially liked for all audiences:

From the team whose members created such luminary titles as Journey, Flower, Boom Blox and The Sims 2, Luna developer Funomena describes this winsome virtual reality experience as an interactive fable about learning by the light of unexpected mistakes.

We had an opportunity to try the demo out at IndieCade 2017, and what we saw was quite breathtaking. Luna is not a hard game, nor is it fundamentally innovative, but it does something many games fail to accomplish: a unified and aesthetically delightful tone that understands how to use spatialized media to its fullest. The simple spiderweb puzzles left us pulling strands to and fro just because it was such a cool feeling, puzzles be damned.

The reveal of a new element returning to life after each puzzle is solved, the endearing interactive animations elicited by waving one’s hands over the critters, the beautiful score by Austin Wintory all come together to make Luna one of the must-have VR experiences of the year.

The Gallery – Episode 2: Heart of the Emberstone

Though Call of the Starseed had some minor quibbles, its inventory system was one of the first great demonstrations of how to manage things in embodied narrative space. The game was one of the better looking launch titles and promised a brighter future than most of the shovelware that was being dropped on Steam and other storefronts at the time, like so many Atari E.T. cartridges in a sandpit.

It is telling that the sequel, part two of The Gallery series from Cloudhead, then, comes with only moderate fanfare by comparison, because it is better in every way: graphically, functionally and thematically. The game also uses a similar technique for recounting exposition as Fullbright‘s Tacoma: via holographic recordings. Also, it isn’t epic in length; at under four hours, you can work your way through it in a dedicated night of play. Some people prefer shorter games, and if you are one of them, don’t miss this.

SkyWorld brings the oft-overlooked strategy genre to VR with a mixture of turn-based and real-time action. While the mechanics tend to be on the “accessible” side – think the Clash of Clans games rather than Starcraft II or Command and Conquer – the beautifully animated little battlefields make up for any lack of complexity. If you’ve ever wanted to see a dragon lay waste to a tiny snowglobe-like village in VR, this is the game for you.

The highly acclaimed first-person adventure and its poignant tale of artificial intelligence makes its way to VR, and between the glowing laser puzzles, beautifully decayed buildings and philosophical tone, it’s a perfect fit. The original game’s developers rebuilt The Talos Principle VR from the ground up, so it’s totally optimized for VR and also includes the extensive Road to Gehenna DLC.

DreamTank is VR at its most meditative – no shooting, no action, no puzzles. Instead, selecting one of 10 ambient compositions sets the program in motion, procedurally generating vast alien worlds driven by the sonic evocations. Find one you like, and choose to stay awhile, or let the world continue to evolve around you.

Previously released as a standard PC title, this “walking simulator” has been rebuilt for VR (and if you buy it on Steam, you get the standard version included for free). Like the best walking simulators, Reaching for Petals tells a heartfelt story that we don’t want to spoil here, but the chance to walk through its sun-dappled forests alone in VR is worth the low price of admission.

Until None Remain: Battle Royale VR

Just released in Early Access, Until None Remain: Battle Royale VR is a brutal, fast-paced multi-player deathmatch. As if other players and their range of weaponry weren’t dangerous enough, each 15-minute session features poisonous gas forcing all participants into an ever-shrinking play space, so there’s no chance of hiding off in the corner and playing sniper. 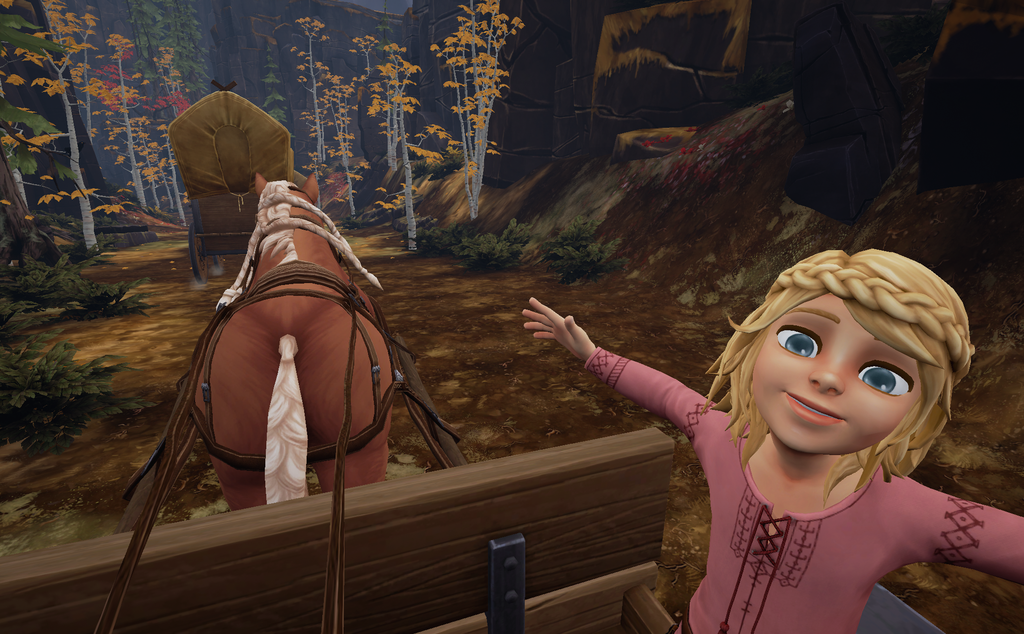 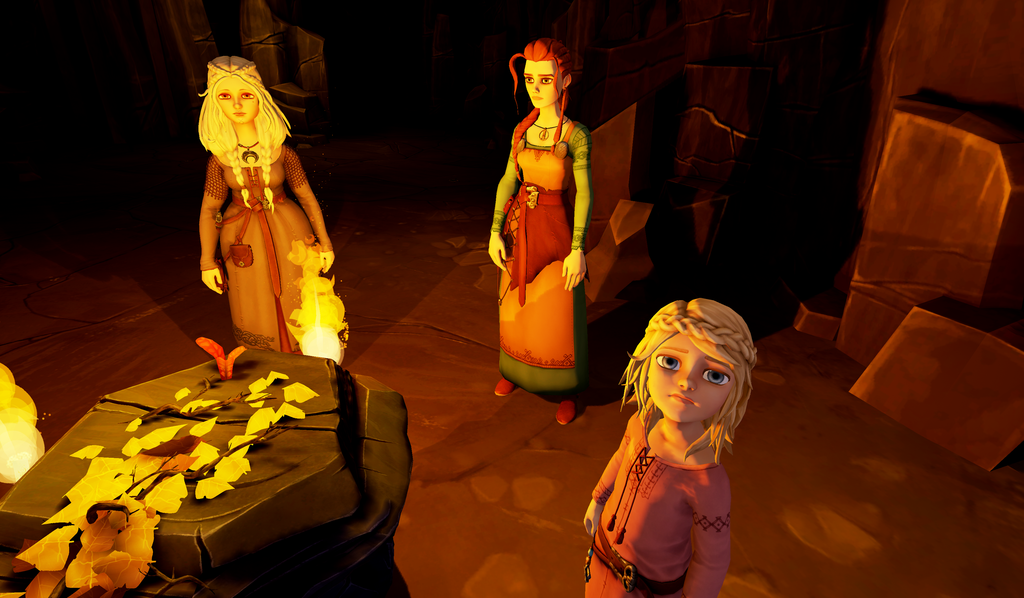 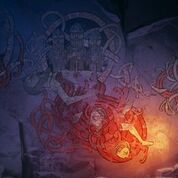